Traveling with Beauty & the Box 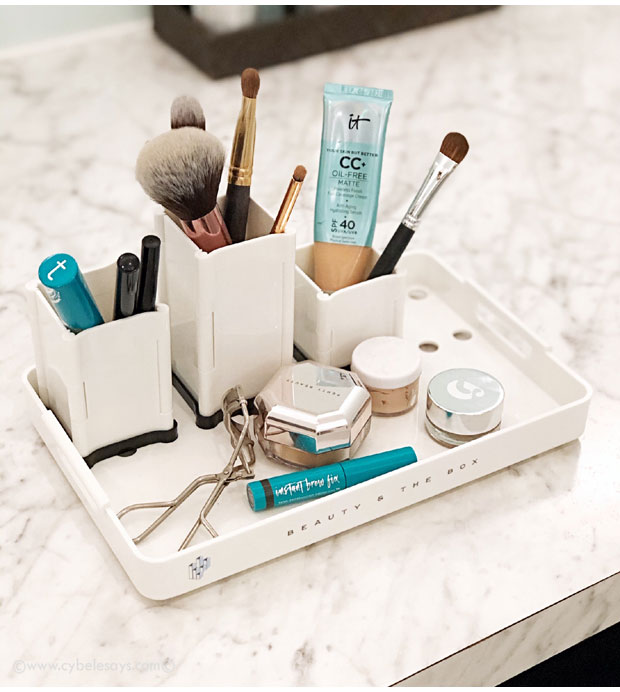 I have a thing for travel gadgets and items that are made to make travel life easier. Thankfully, I don’t have to travel much for work anymore but when I do, I have a few that I like to use. This one is my go-to travel mirror as you can’t depend on lighting when you’re traveling. And now I’m adding this one to the mix.

So what is BEAUTY & THE BOX? It’s a makeup tray with 3 POP-UP cosmetic boxes to make your makeup items easy to reach. There are two different ones and shown here is The Beauty Traveler Lite. 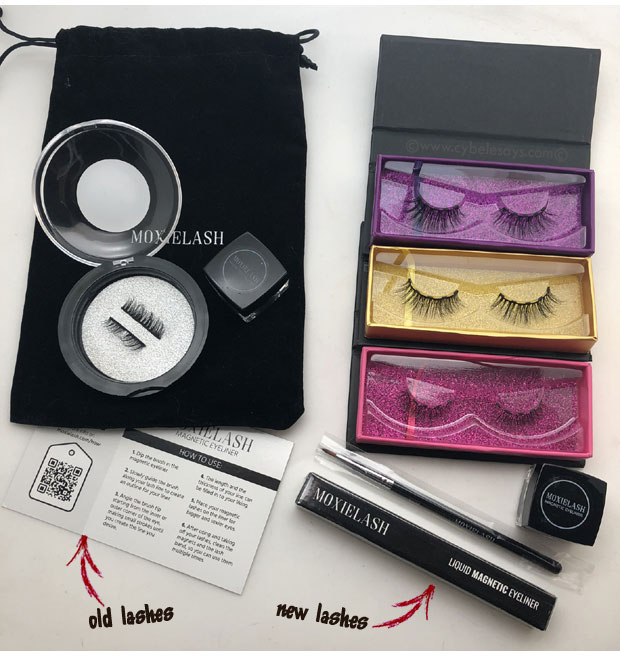 For me, it’s rare that I try a beauty product, report on it, maybe find some things that are not-so-great and have see the brand actually make improvements on it. And this is just the case when it came to MOXIELASH. I recently wrote this post after I bought and tried a pair out and while I like to think I was the sole catalyst to the changes, haha, I’m sure glad they seemed to have made the changes.

They actually liked my post on Instagram and DM’d me to see if they could send me some improvements they had made to the lash system. Oh course I said yes! And two weeks ago, a package arrived with the following:

I’ve had a few weeks to try out each one and here are my thoughts. 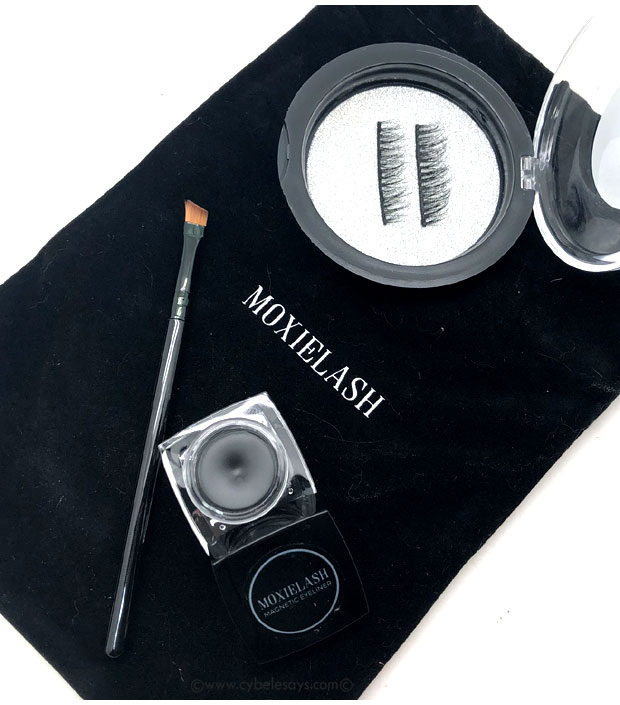 If there’s one thing I like to try, it’s innovative beauty accessories! Enter MOXIELASH. It’s a magnetic eye liner for magnetic lashes. Wow. I purchased the Sassy Bundle for $75 @ moxielash.com and it came with a small angled brush, the liner and one set of lashes.

Each lash has small magnets adhered (I’m guessing glued) to the band, about 5 on each band and the liner is able to attract the lash to stick to it. 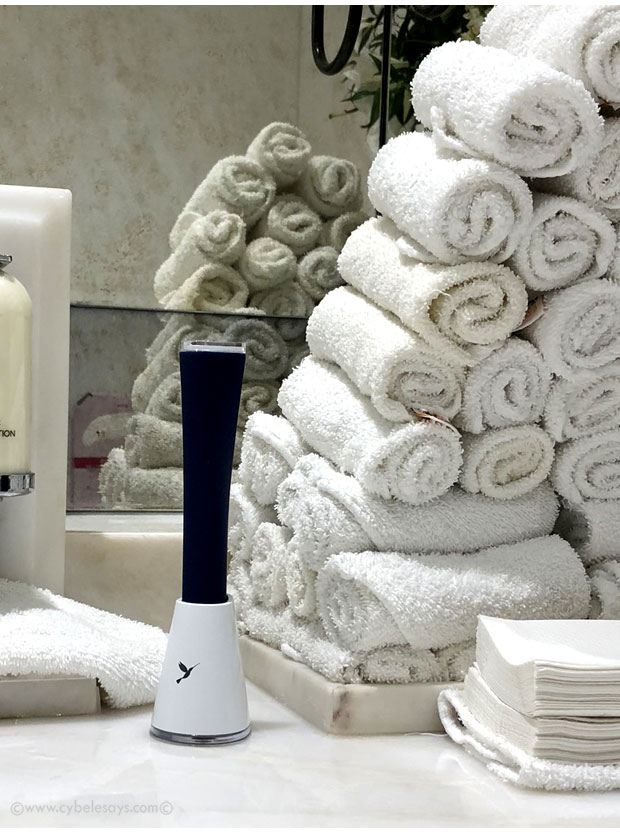 When I first heard of dermaplaning, I didn’t even know that I had had it done before. My eyebrow girl used to do it to my face once in a while when I had my eyebrows done and only when I tried the DERMAFLASH original back in 2016, did I put the name and the process together.

What It Is: a physical exfoliation procedure using a surgical scalpel to shave the skin’s surface, not only removing the peach fuzz, what’s also called vellus hair, but also the top-most layer of dead skin. It’s become quite common place and it’s a great way to safely remove hair and it makes the skin so soft and makeup look so perfect afterwards! 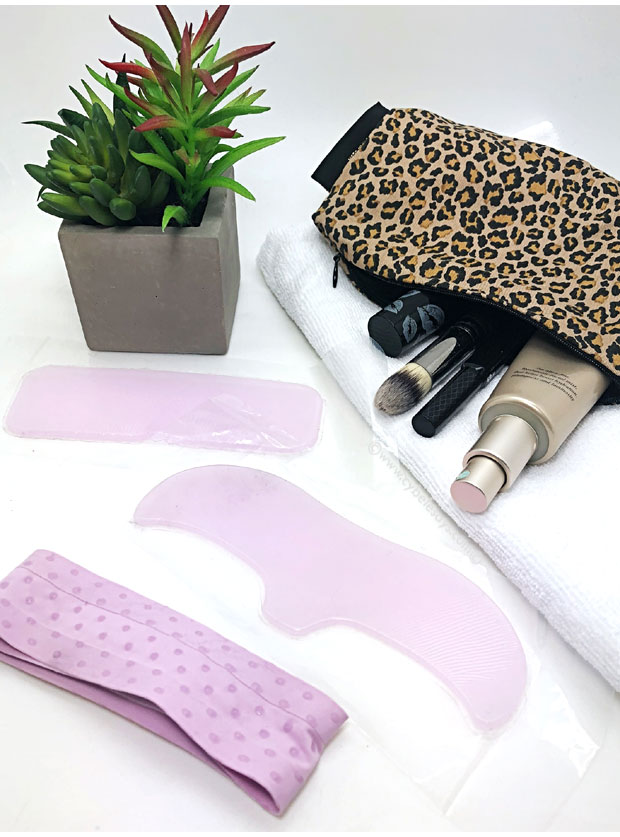 To me, these anti-aging pads seem like hooey, hocus pocus, a scam, but I am here to tell you that they aren’t. I’ve tried a few brands that make these medical-grade silicone pads for the chest and now and this is the latest.

Meet THE KAMI PAD. They were kind enough to send me their Anti-Wrinkle Forehead Pad and Wrinkle Recovery Neck Pad to try out and review. $24 each @ thekamipad.com.

When it comes to my forehead, I get Botox about twice a year and love it. The timing on these was perfect because I’m due for another treatment but my wallet isn’t letting me get it.

Let’s break down the details of these: 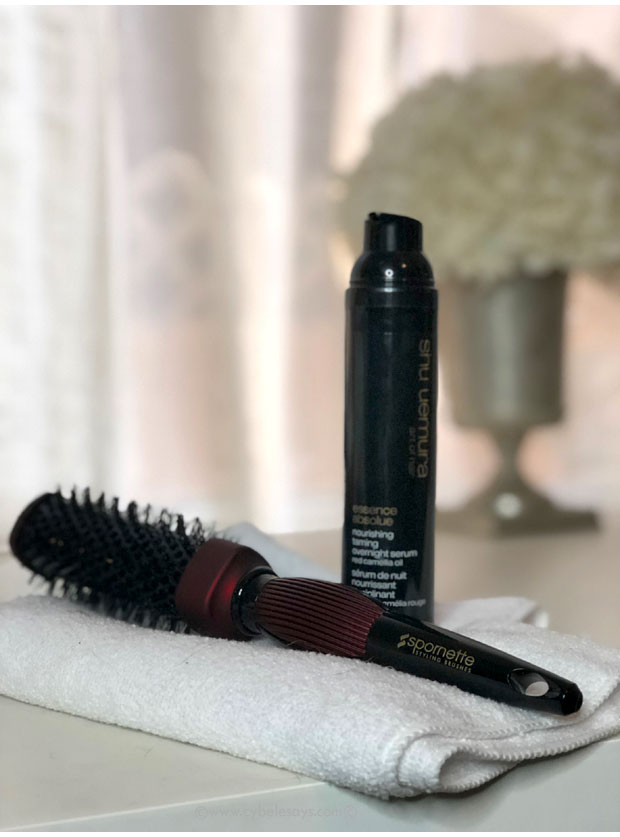 I’m pretty religious about using a hair mask each week and lately I’ve been using the new SHU UEMURA Essence Absolue Nourishing Taming Overnight Serum $69/3.3oz @ shuuemuraartofhair.com). I’ve been a fan of their hair care products for some time and this one doesn’t disappoint. It’s a light cream you apply right before bed so it can do its work while you sleep. I was worried that it would get all over my pillow but it seemed to absorb pretty quickly and left no residue behind. And this is a no-rinse serum so don’t worry about having sticky, crusty hair the next morning, as it all gets absorbed.

This one really added moisture and frizz resistance (they claim 24 hours). It can be applied on wet or dry hair and use a comb to distribute it evenly down the hair shaft.

Styling has become a breeze with SPORNETTE’s latest release, the Square Heat Styler ($25 @ ulta.com). It comes in 4 different sizes, Small, Medium, Large and Extra-Large, so choose depending on the length of your hair. The square shape is ideal for getting high volume styles, super straight strands and even that flip at the bottom of the hair. The barrel is ceramic and tourmaline, which I have come to expect these days with a styling brush! The combo of these traits help the center heat up quickly and retain the heat, as well as leave hair super shiny afterwards.

Disclosure: Samples of these items were provided for review purposes.

3 Ways to Turn Up Your Beauty Look

You have an event coming up and you want to find the perfect dress, the highest heels, a good blowout, and oh, what should you do with your makeup for it? While you decide, here are a few products that can add a nice touch to your look that you might not have thought about.

No matter what trait you are looking to show off, I have some suggestions that have totally worked for me below. Make legs look silky smooth – temps will be warming up soon so skirts will be getting shorter again. Give legs and extra extra with one of these. It makes you look like you are wearing stockings when you’re not. VOTRE VU Silk Stockings in Classic Bronze ($38/3.38oz @ votrevu.com) or NARS Monoi Body Glow I ($59/2.5oz @ narscosmetics.com, sephora.com). 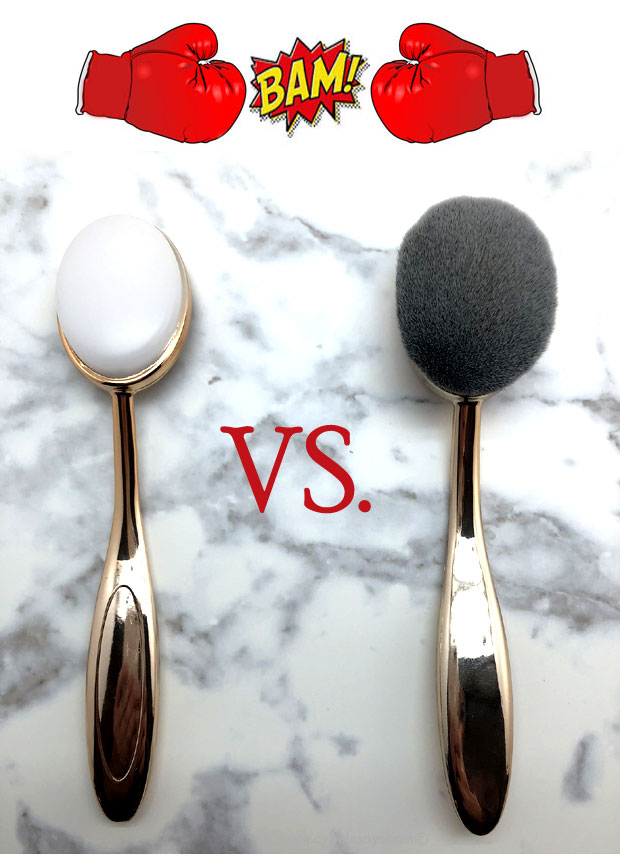 It’s a battle of the brushes with two from TARTE!

What it is: a flat “brush” with a silicone applicator, resulting in zero product waste for fuller coverage that looks natural.

In the right corner is Paddle to Perfection Foundation Brush ($28 @ tartecosmetics.com, ulta.com)

What it is: a cruelty-free & vegan paddle foundation brush with supersoft, densely-packed bristles.

I’m pretty used to the bristle brushes, as we all are, and these silicone sponges have been all over Instagram in the last year. I tried one a few months ago but not sure I really gave it a fair try, so I welcomed this challenge. 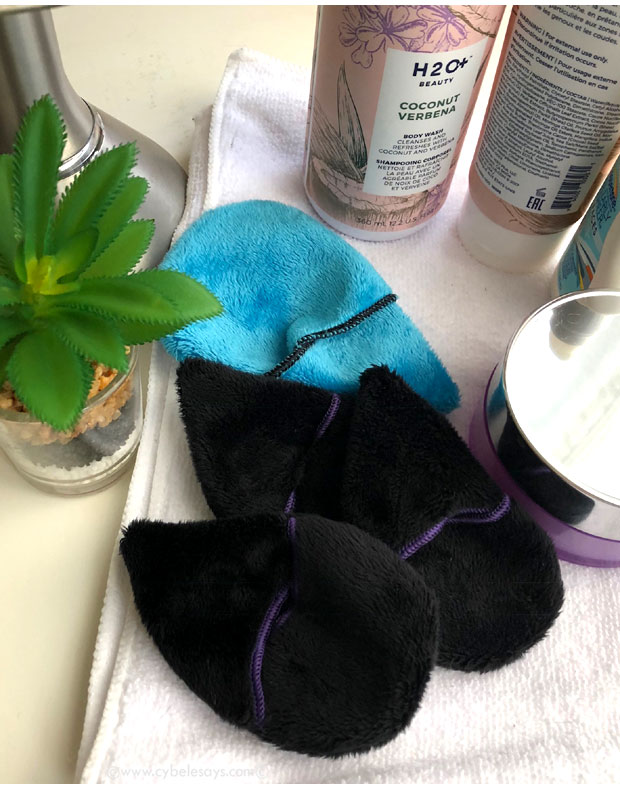 I am a true and trusted washcloth user. Most of mine are black because of makeup and I spend quite a bit on soft ones. I’ve tried those dry, use-this-cloth-to-remove-makeup before, and though they were ok, and thought these were that but they are not. I’m not a fan of these aforementioned ones as I feel like they pull and tug too much and I don’t like doing that around the eye area. However(it), these are NOT those that you just use raw, without any cleanser, or product, on them.

This is, TAKE MY FACE OFF and here’s the lowdown -

The Makeup Mitty ($38.50/3) – instead of using a makeup wipe or washcloth, these are meant for you to use for your whole face and is meant to be used with your favorite cleanser all over the face.

The Mitty Blackout ($42.50/4) – these are the eye makeup removers and a tad smaller than their sister above. These are to be used instead of wasteful cotton balls/wipes and these Mitty’s are probably even softer than cotton! 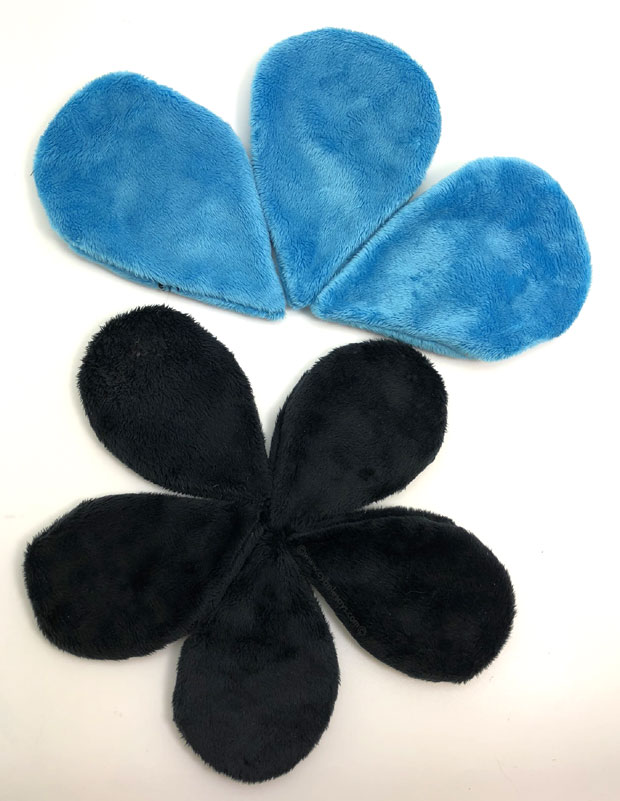 I couldn’t decide if I should even post this post about Lashify with all that went down recently between MannyMUA and the Founder of Lashify, even though I bought their kit a few weeks ago with the intention of reviewing them here. Yes, he didn’t use them correctly and the Founder publicly retaliated. Not cool on either side. Since people will probably be searching on what Lashify is, I hope this post will clearly explain the system. Like every product, it won’t be for everyone but there will be ones that it is for.

gos•sa•mer – a fine, filmy substance consisting of cobwebs spun by small spiders, which is seen especially in autumn. 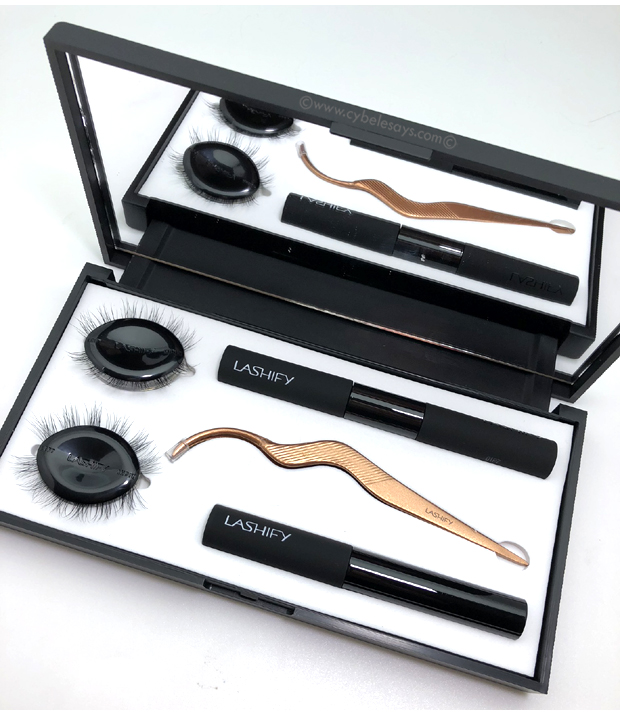 False lashes, lash extensions, magnetic lashes … the category is bigger than ever, and now there’s another way do lashes called LASHIFY! Since I’m all about trying a new way of doing something, I immediately bought them. Yes, they seem a tad pricey at first @ $125 but hear me out on this one.

What it is: a lash extension system made of Korean PBT silk, the clusters of lashes (called Gossamers) use a microflex technology, contain biotin, and won’t damage existing lashes. Can be worn up to 1 week.