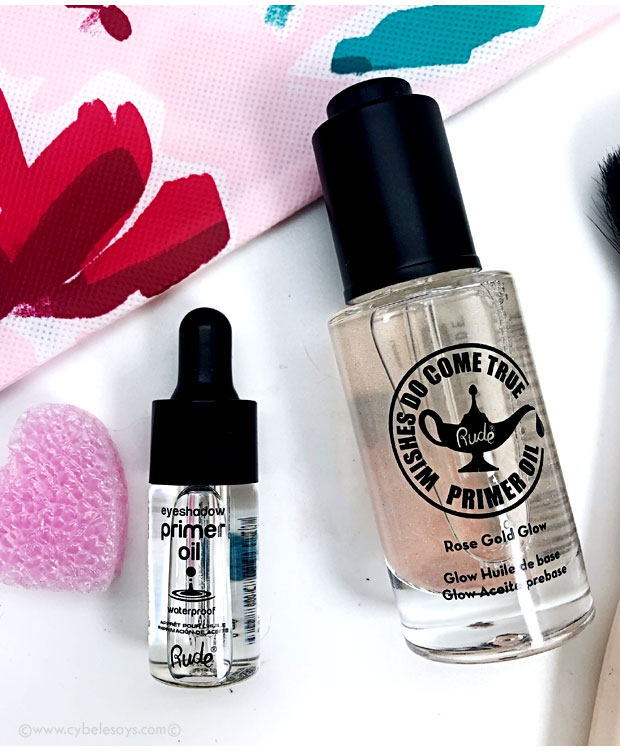 It really surprising how much face and eye primers have become part of our makeup application routine. I mean, I always wear them and when I forget, I almost feel like starting over my face to include them.

Two I’ve been using the past month or so are from Indy brand, RUDE COSMETICS. They are both oils so I was up to the challenge of testing them out. 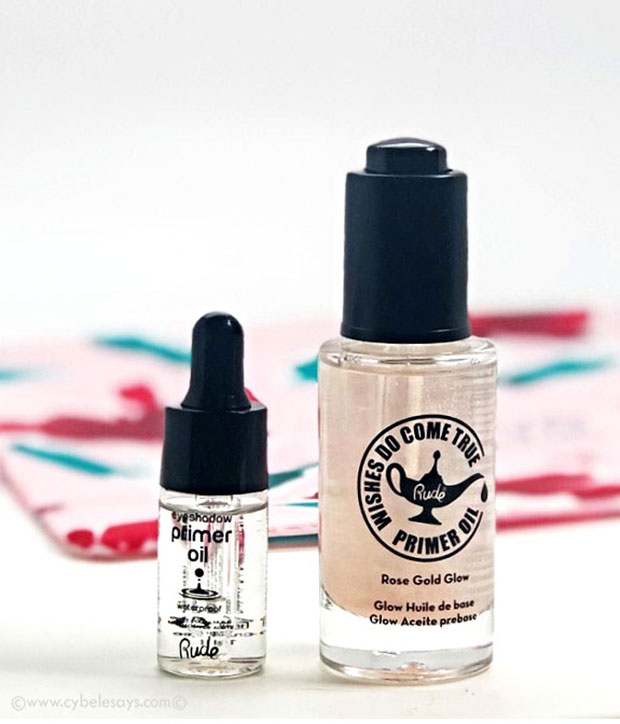 Waterproof Eyeshadow Primer Oil ($6 @ rudecosmetics.com) – all it takes is less than a drop. I usually just tap my fingertip on the end of the dropper to get less than a pea-sized amount and then tap-tap it on my lid. Be sure to give it a minute to set before applying any shadow/liner. You will still feel the primer as it never dries down. For sure, this is one of the best eye primers I’ve ever used. Hours after applying a shadow, the color is still there and usually about 70% of it. And this makes your shadow waterproof!

Wishes Do Come True Primer Oil – Rose Gold Glow ($11.50/1oz @ rudecosmetics.com) – unlike most face primers I’ve tried, yup, this is a real oil instead of a cream or lotion, which is what I’m used to. Like the above Eyeshadow Primer Oil, this one doesn’t dry down either but that doesn’t seem to matter and it probably adds to the primer and foundation you apply to securing nicely on the skin. This one too lasts many hours, which is great since I’m really love these two! One final addition is the rose gold or gold blurring flakes these have inside them. Shake a little for a little added touch or a lot for more.
It’s nice to see oils not getting such a bad rap anymore as these have some good-for-skin ingredients inside like almond, jojoba and rose canina fruit oil as well as lavender oil. 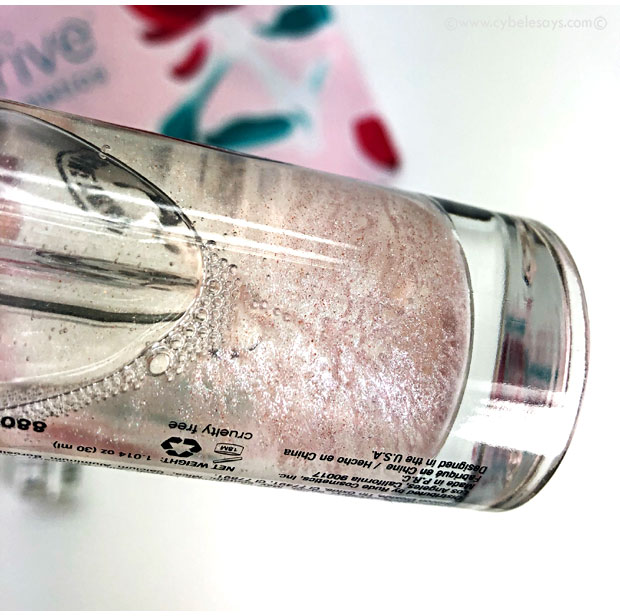