Cleaning My House with Miele is Beautiful! 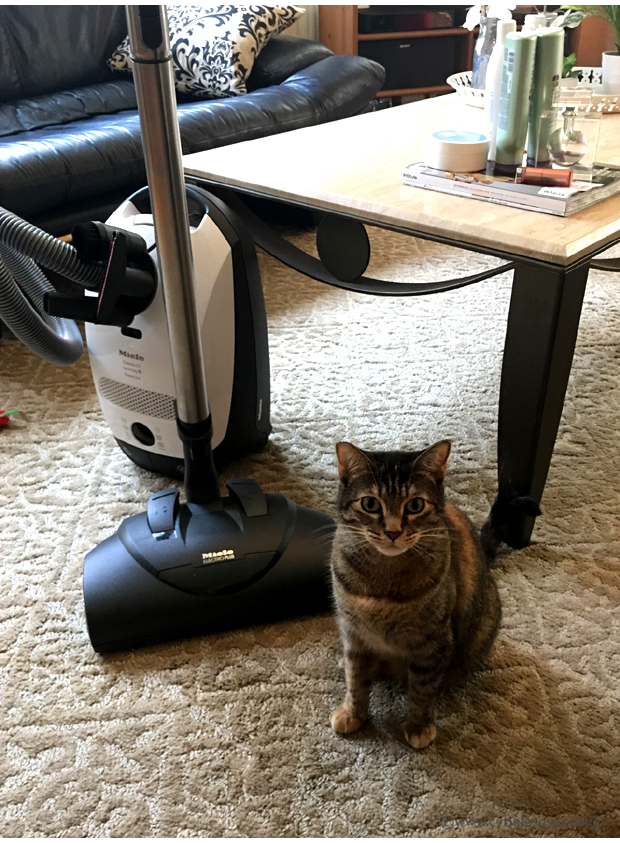 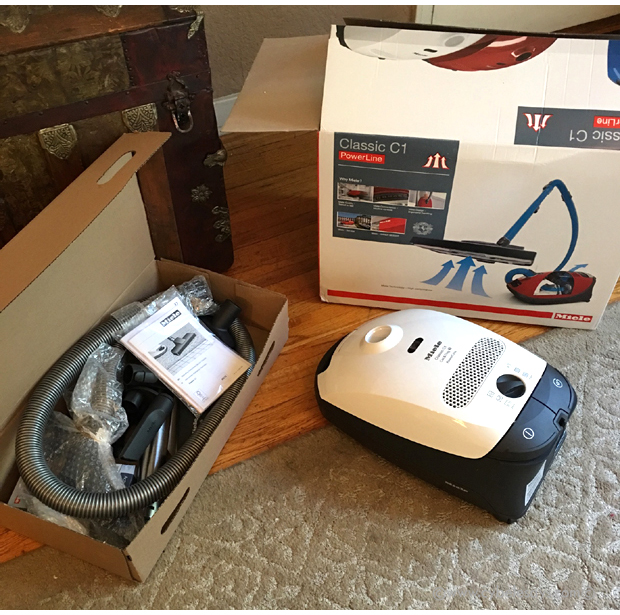 I have a good friend who never has one lick of dog hair in her house! She is a professional groomer so her English Cocker Spaniels are always styled to the max from head to toe. I am not so lucky. My two cats, Darla and Picklzz, are not big fans of being groomed or just plain brushed! And I’ve tried many different types of brushes but they just won’t sit for it. So I have to make sure I keep a vacuum and broom at the ready. And since we are in the dead of summer, they are still shedding for some reason.

If you own a cat or dog, taking care of them is a major part of life but so is keeping your living area clean and hair-free. So I recruited Darla to help me with this story.

I was sent the new MIELE Classic C1 Cat & Dog Vacuum ($649 @ mielestore.com, amazon.com) to try out because let’s face it, beauty comes in all forms and to me, a clean house is just oh, so, beautiful. OK, Darla, let's go! Of course when the box arrived, Darla had to investigate!

Miele (pronounced mēēla) was founded in Germany over 100 years ago, and they make all kinds of appliances – ranges, washing machines, coffee makers, dishwashers, refrigerators, built-in convection ovens, condenser dryer and so much more. And they don’t seem to be a brand that just adds one to an already crowded market, theirs seem to move with the times, putting out truly innovative appliances.

Shown here in Lotus White, the Miele Classic C1 Cat & Dog features the Electro Plus Floorhead, which allows you to adjust the height of the electric brush from the ground depending on your carpet pile. Love that feature! 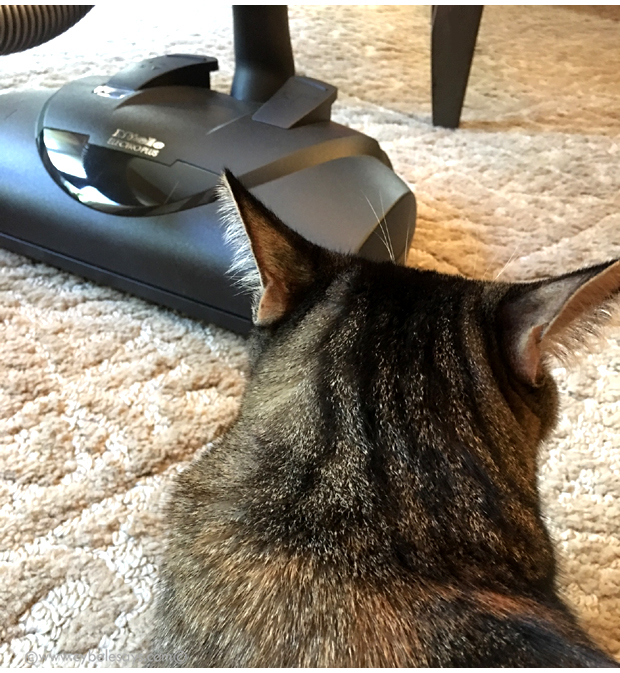 Darla eyeing the Electro Plus Floorhead!

Just for those awful pet odors that can crop up when cleaning, it has an Active AirClean Filter with active charcoal layers to neutralize scents.

And who doesn’t want a power cord that's stored inside of the machine?? One touch of the button on the base zips the 33 foot cord away and neatly up inside.

This one swivels nicely in that it’s not hard to move the stainless steel telescopic wand around or move the whole thing from room to room. 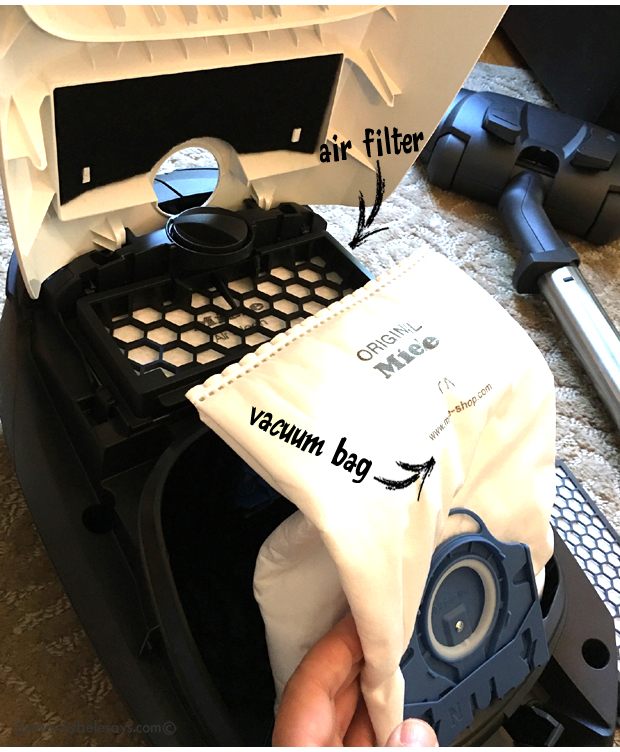 And this one touts 1200 watts! I have no idea what that means but I’m assuming suction power.

What I didn’t like – the 3 different instruction manuals. Now I’m not a direction reader and I blame my father for that as he isn’t either, LOL. But to have to read 3 different manuals to understand this is just excessive. I understand they have to make a manual in multiple languages, which is fine. My issue is that if there was just one overall manual, it would just be so much easier to find the answers for the questions that come up when working something for the first time. Anyway, a small issue in the grand scheme of things.

Let’s talk about how this cleans my carpets and hardwood floors! The main feature is the Powerbrush and I will probably use this the most. The way it moves across the carpet is like a stealth bomber; it glides beautifully and I just guide it.

And I can switch from carpet to floor easily by just stepping on the foot switch on the Powerbrush base. Did I mention the suction power! This really does pick up everything in its path, like cat hair that can literally stick to carpet and upholstery. I don’t have to go over a spot multiple times, so I guess this is the 1200 watts in action! 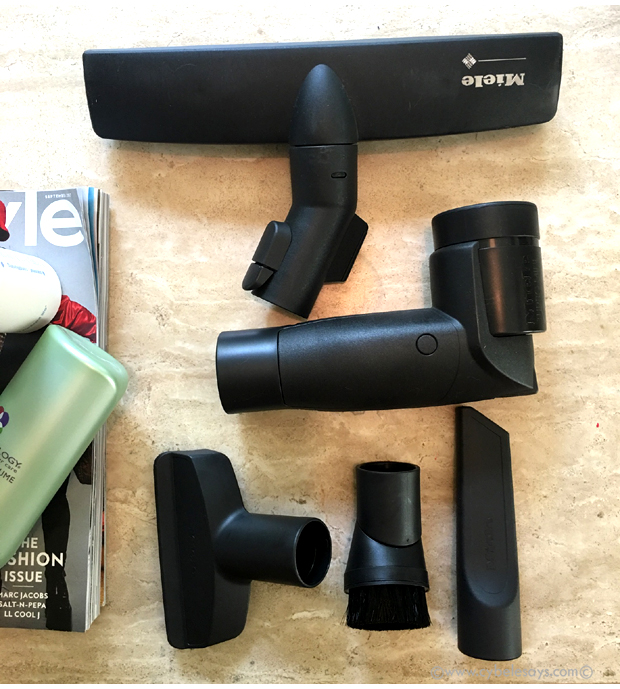 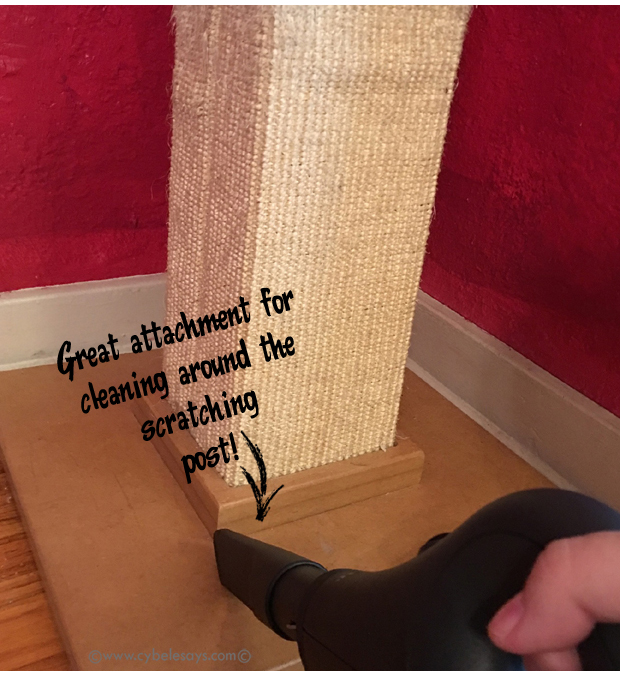 This comes with 5 different attachments, including a Mini Turbo Brush, to clean every nook and cranny your animal’s hair can get it, which we all know is pretty much everywhere. The Handheld Flexible Mini Turbobrush is more for upholstery and car interiors.

It was about this time after vaccuming the whole house and sitting on the floor with Darla to take a break that she started playing with her red mouse that's in dire need of some surgery. And she was playing right next to the vacuum! I've used this two other times and she just sits nearby watching. In the past, most vacuums have scared her off but this one seems to be quieter than most, which is a big plus. 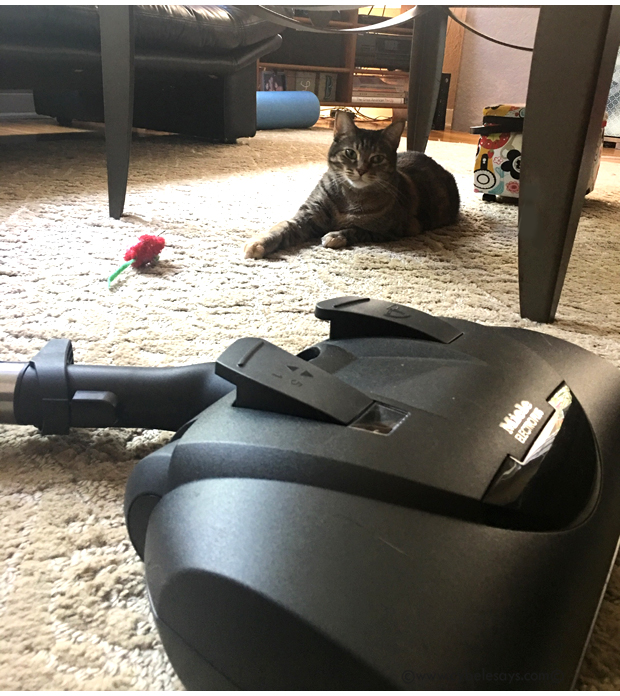 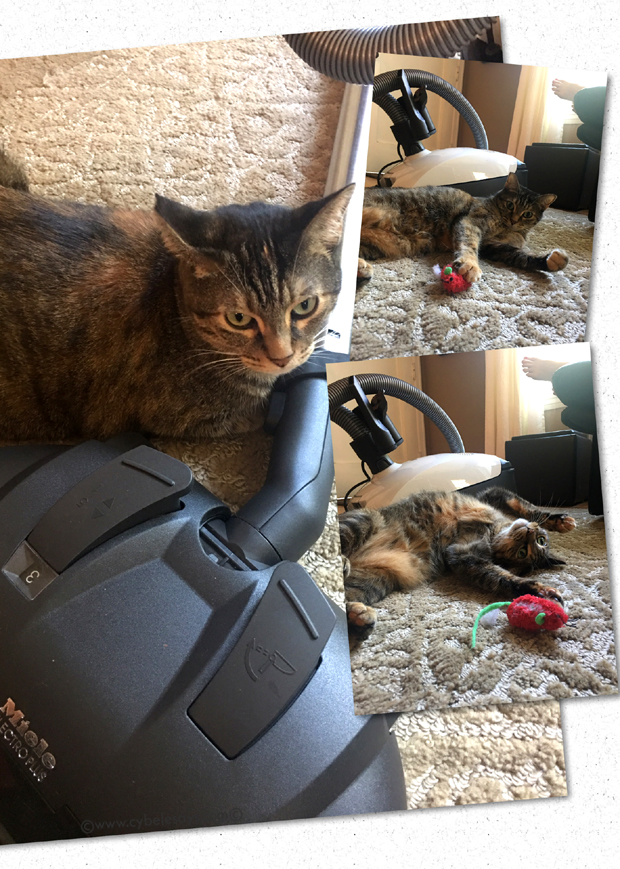 So I guess you could say from the above pictures that this vacuum is Darla approved! Yes, this is more than I would spend on a vacuum overall, but think of how long it’s going to last. I’ve bought the ones on a whim at Target (no shade against Target), but I think this one is going to go the distance. 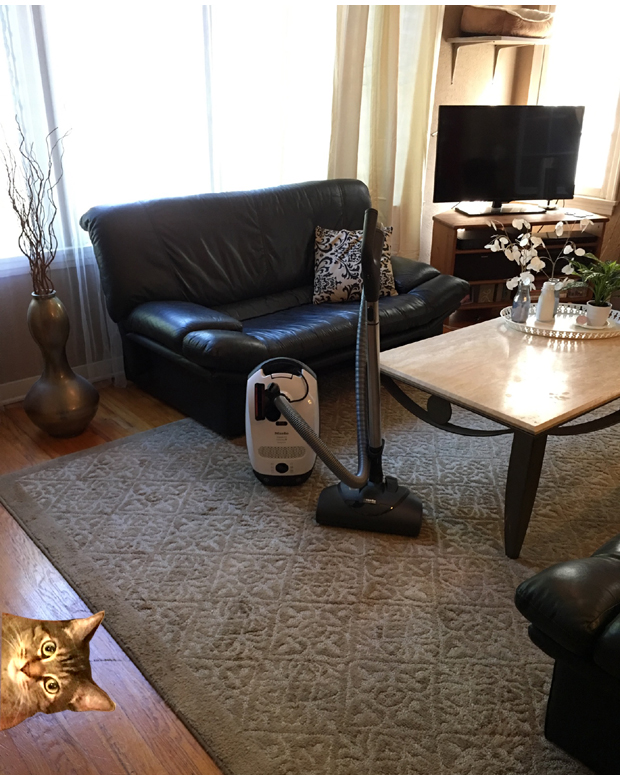 Disclosure: A sample of this item was provided for review purposes.