DIY Corner: How to Make A Bookcase with Wood Wine Crates

I’ve been fascinated with the whole wood crate trend in the past few months and pinned many-a-pins about unique ways to use them. But it wasn’t until I stumbled upon pics of them made into bookcases did I really start to feel my wheels turning. See, when I moved into my apartment about 15 years ago (I know, I thought I’d be in a house by now), I had to buy the basics, of course, and for some reason, I bought a small bookcase. It worked for a while but then one day while looking at it, I decided it was just too small for the wall as in, not tall enough (my ceilings are about 14 feet high and this bookcase was just over 5 feet). That revelation was about 2 years ago.

Finally when looking at these pictures of bookcases on Pinterest, I decided I wanted to build my own and I knew exactly what I wanted it to look like - it would take up a big part of the wall and not touch the floor; each box would be attached to the wall but still touch each other and look like, well, the finished product below!

So how did I get there? Click after the jump to see more in this picture-heavy post! 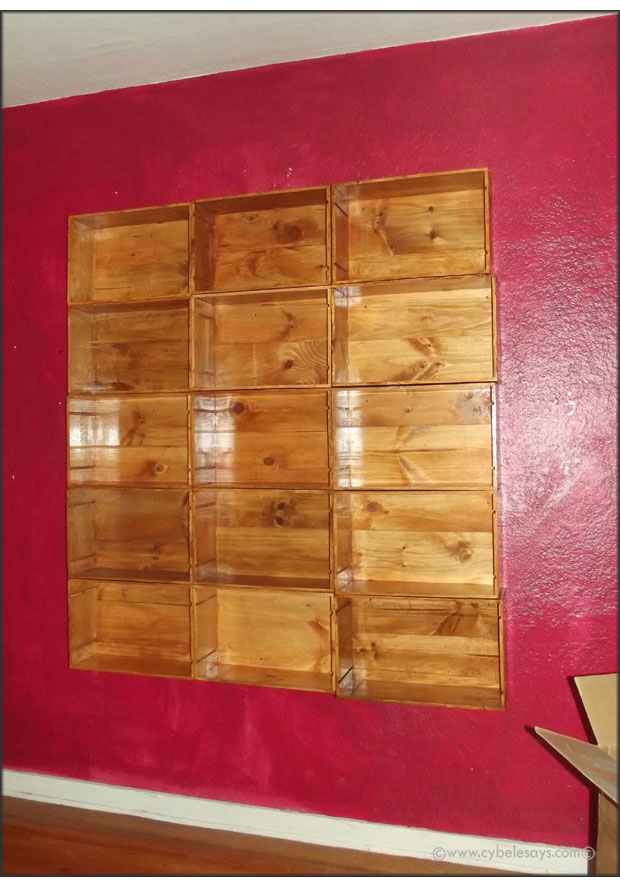 First, I had to source the boxes. I’d seen them at Michael’s and Joann’s but I was not going to pay $10 to $12 for each one. The main goal was to make this for as little as possible. There had to be a better way. So I called around to some wine stores and most did not get their wines sent to them in wood, surprisingly enough, but I did find one place, Wally’s on Westwood Blvd. here in Los Angeles. Yes, they had crates and sold most of them for $3. I could do that but only if need be.

So I took a ride over to check them out. With authentic wine crates, most are not as deep as the crates found at Michael’s/Joann’s. They fall anywhere from 6” to 8” deep, which is not ideal if you own LPs, which I do, or over-sized books, both of which I own. 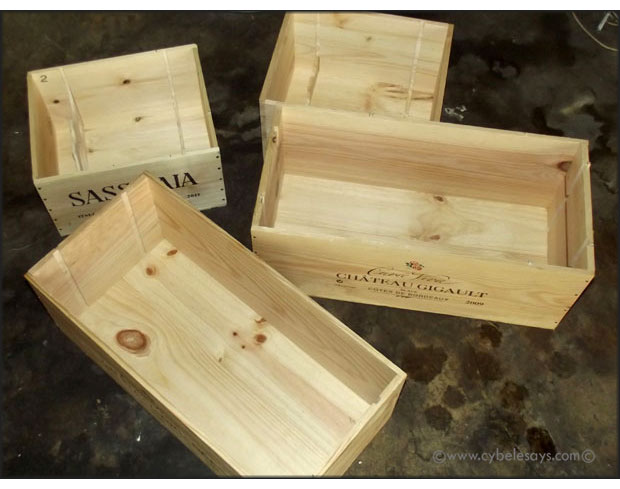 But I really liked the ones I saw as they had character! Each wine company has their own unique stamp that they emboss or burn into the wood and they’re usually found on one or more of the sides of the crates.

The hard part about this was finding crates that were all the same size length and depth as there are hundreds of wines arriving to these different liquor stores weekly and all are different!

After grabbing about 25 crates from Wally’s after a parking lot sale they were having (yeah, they didn’t charge me a dime for any of them!), I set them all up in my garage to put the like ones together and came up with the 15 for this project. 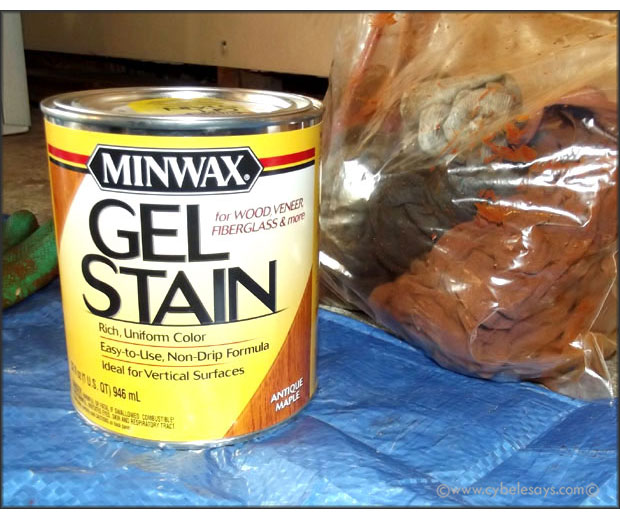 I applied two coats of Minwax Gel Stain in Antique Maple as it matched my hardwood floor the best and then sealed it with two coats of Pro Finisher by Parks Water-Base Polyurethane for Floors.I could have left them raw like I got them but they just didn't look right to me.

This gel stain is really thick, so I would apply it with a paint brush and then use a rag to wipe it in. I did two coats of this process on the insides and outsides of each box. Yes, it was time-consuming but also quite Zen, and I enjoyed the process. 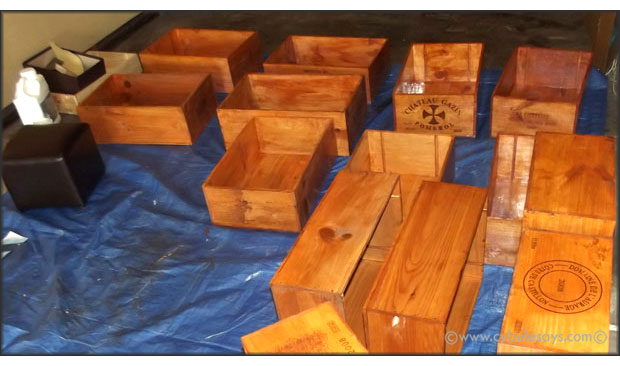 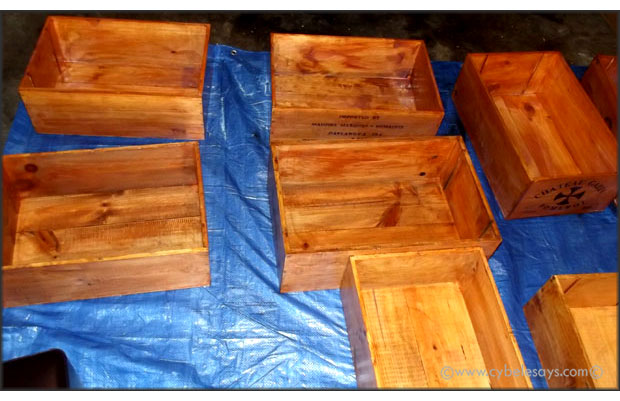 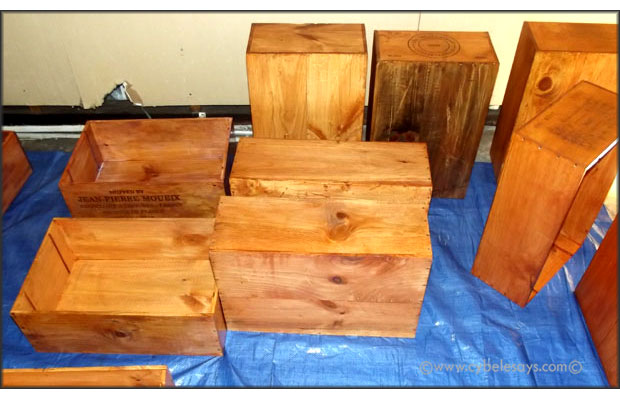 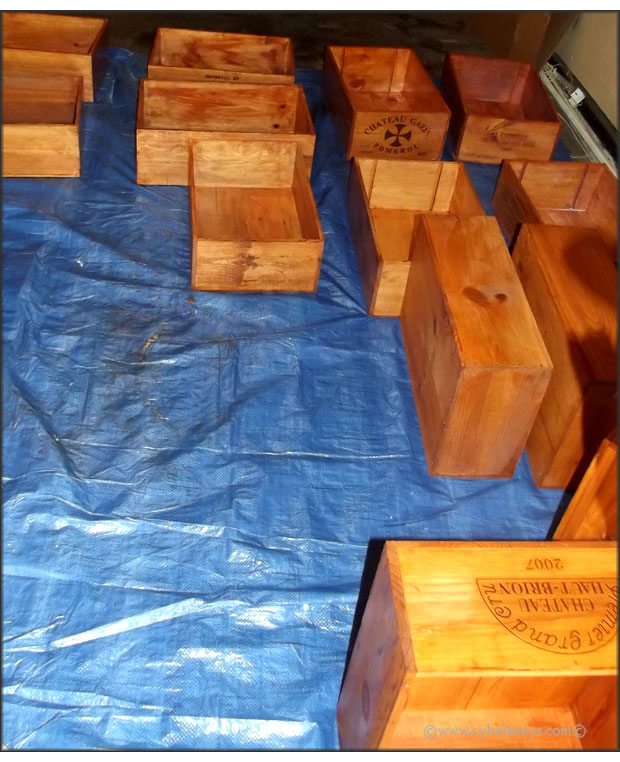 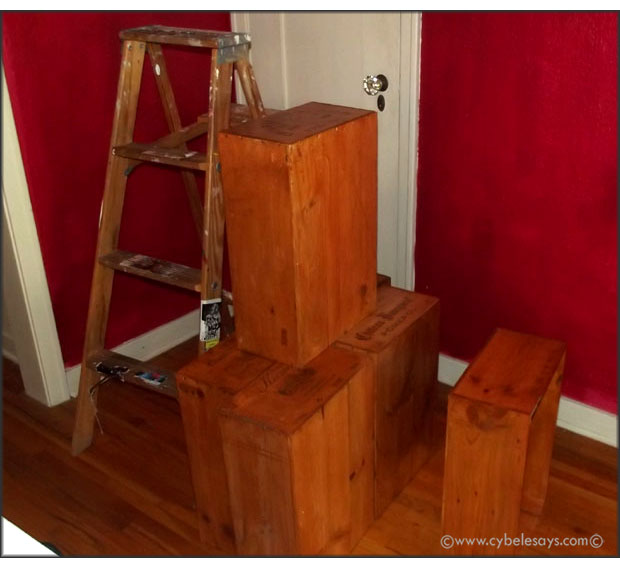 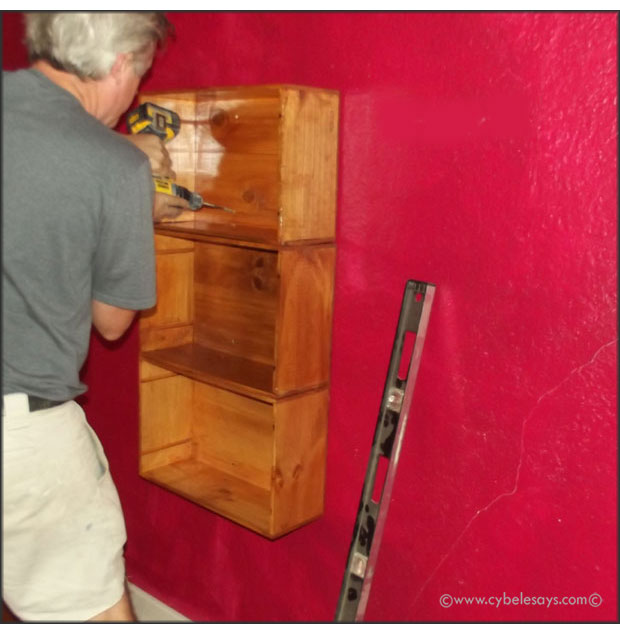 To hang them, I found a great person on my neighborhood’s message board. There was no way I was going to try and hang these as I live in a 1920’s house and the walls are, well, just as old. Since Carl lives in the neighborhood, he knows these walls very well, so 1 ¼ hours later, they were all hung! 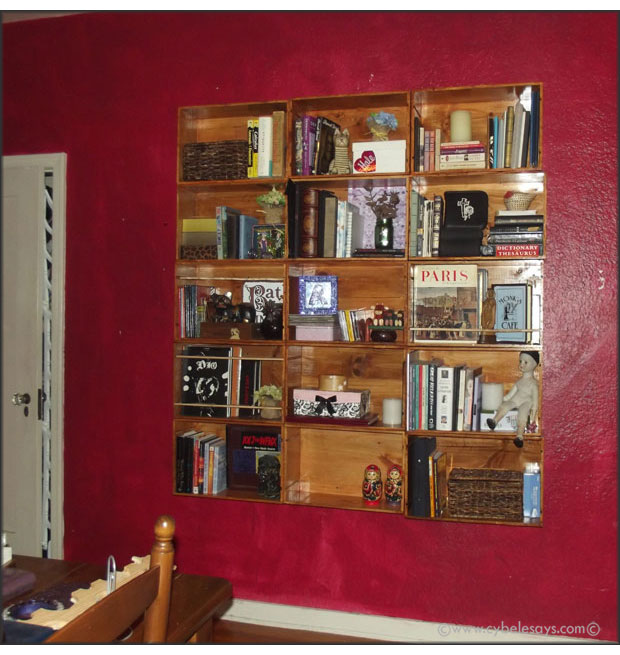 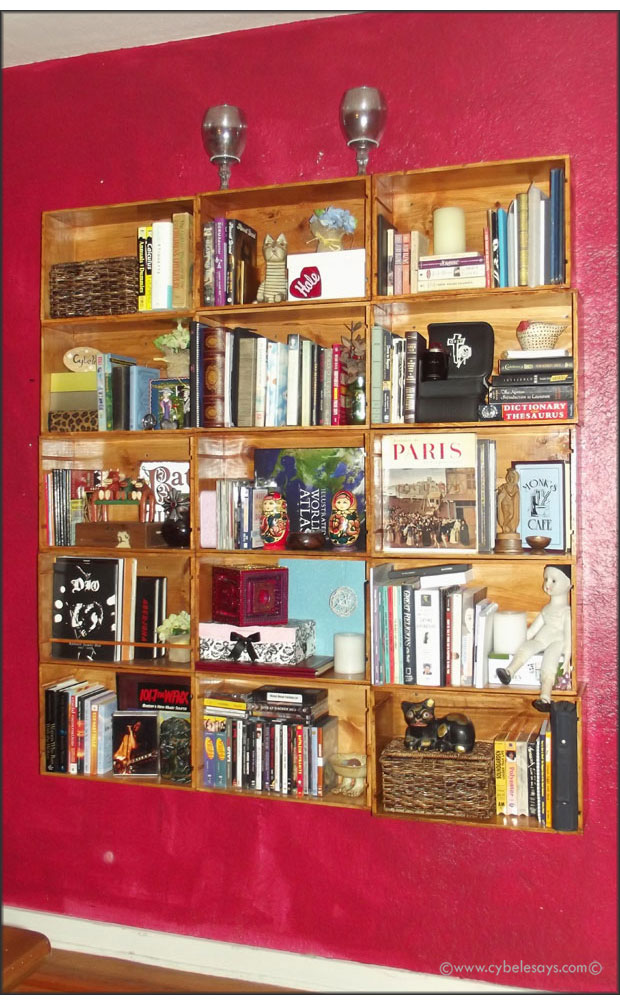 I’m not quite set with how my books and items are set up in each crate right now but moving things around is part of the fun!

Is this something you can picture making for your house?

Pretty cool and well done! However, if I were to build such a bookcase, I certainly would start with FULL wine boxes. First, I'd drink the wines (shouldn't take long, in my case), and then proceed according to your instructions.