OBSESSIVE COMPULSIVE COSMETICS is one of those indy brands that is quickly gaining ground in the world of makeup. Their Lip Tars are obtained cult status and they just came out with some new ones at The Makeup Show I attended a few weeks ago. And while people go nutty, are their funky colors for you? 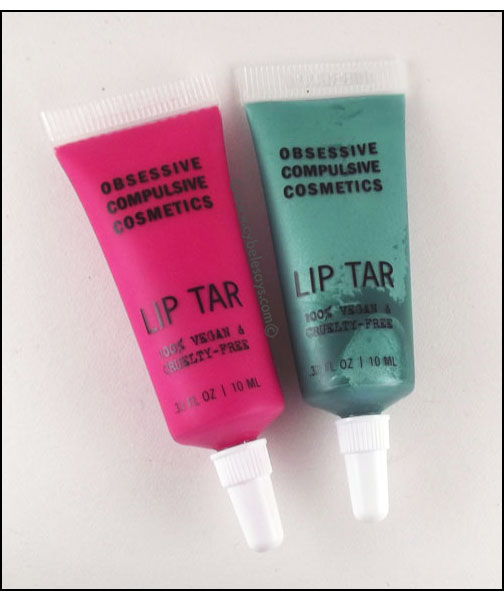 Is There an Alternative to Petroleum Jelly? Yes, Waxelene!

I have a friend that carries a small plastic jar of a well-known petroleum jelly with her wherever she goes and is constantly applying it. So when I got hold of WAXELENE, I knew we would have to have an immediate meet up so I could have her try it; not so much so she could put something better on her lips but more so that I didn't have to watch her slap it on every 5 minutes! Ha!

What I also found out when we discussed the issue is that she has a tube or tub of something similar to the aforementioned in just about every nook and cranny around her – the car, the drawer in the coffee table and even a stash in her trunk just in case she runs out. 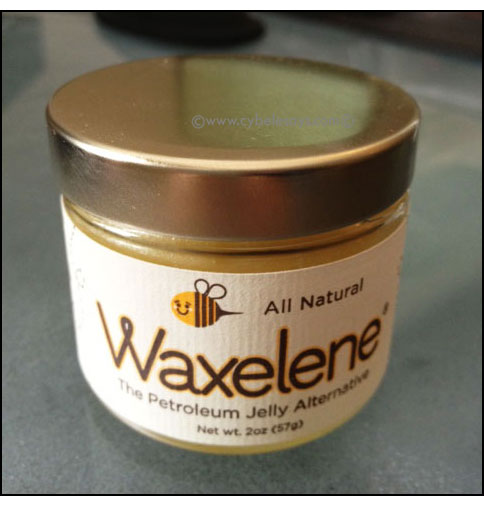 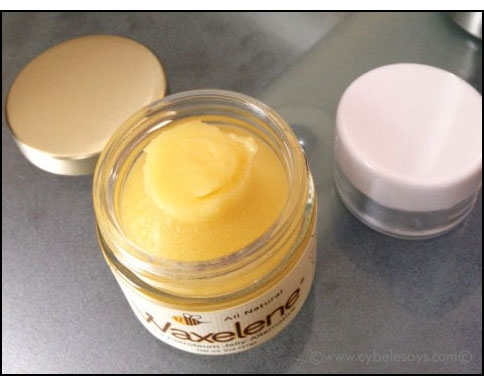 Quick! What’s going on with your flat iron? Is it old and dated? How about treating yourself to a new one from a great brand? GHD just came out with Style & Finish Kit, which is their best selling Gold Series 1” Styler and Natural Bristle Oval Brush. 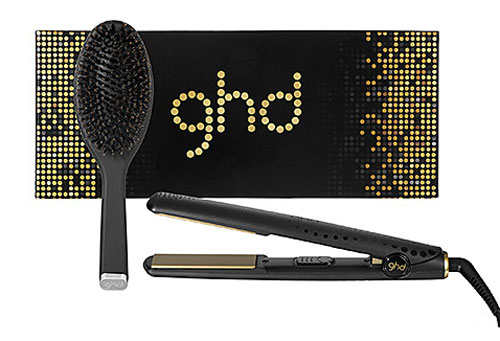 And while you may think a flat iron is a flat iron is a flat iron, oh no, it is not! Like my favorite one here, this 1” Gold Professional Styler contains the latest in technology of keeping hair healthy while giving you the sleekest locks on the block. It is made with ceramic and has contoured plates, which you don’t always see (my beloved Croc doesn't have that).

And speaking of my Croc, this one measured up really well against it in terms of performance. In addition to one or two passes through the hair for stick straight strands, it heated up quickly and it's pretty lightweight, so it's easy to weild.

Now run to your bathroom to assess the status of your flat iron and then get yourself this one. Yes, it's a little on the expensive side but this is an investment piece so think of it that way. $225 @ ulta.com, nordstrom.com.

Here are three more Mineralize Rich Lipsticks from MAC that just came out. 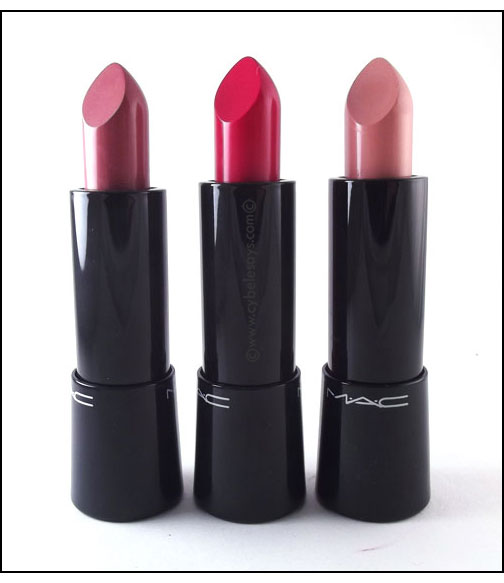 Another day, another lipstick from MAC. But these new Mineralize Rich Lipsticks are for sure not just like other lipsticks. First they are pretty pigmented and the shape of the lipstick is like none of theirs I’ve ever seen. 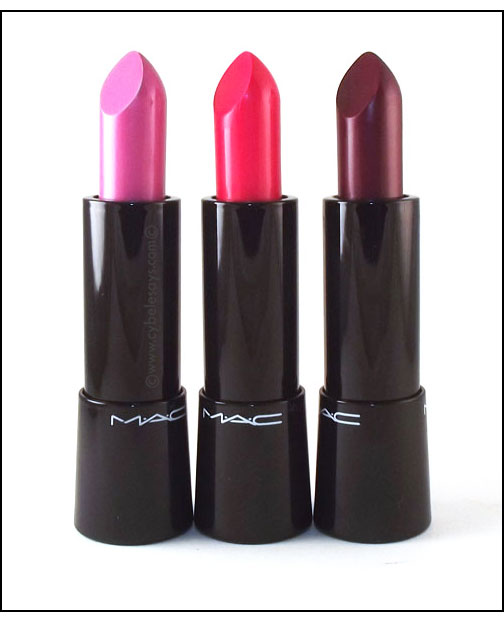 I’m such a sucker for shadows in the stick form and these new ones from the JOUER line are right up my alley. They are called Crème Eyeshadow Crayons ($24 @ nordstrom.com) and come in 5 colors of creamy color and come with a built-in sharpener in the end. Love when companies think of this small but very important detail!

So how did they perform? Click after the jump to find out!

AGENT PROVOCATEUR just put out Pétale Noir late last year and I’d say this is their most accessible scent to date. I should say up front that I have not tried every single scent of theirs but I have tried 5 out of the 8 available. 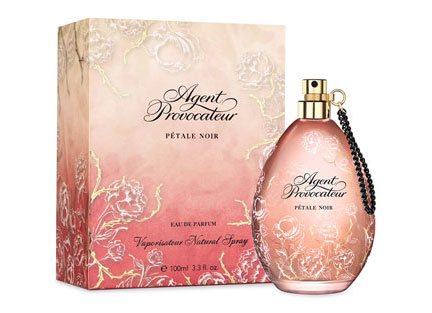 Described as an oriental floral, it reminds me a tad of Coco Mademoiselle but it has a little more spice to it. It’s an eau de parfum and has top notes of mandarin, water lily, bergamot, violet leaves, hyacinth and magnolia; middle notes of rose otto, rose absolute, ylang ylang, muguet, orris, osmanthus, neroli, cassis blossom; base notes of ginger, leather, sandalwood, vetiver, tobacco leaf, amber, and musk. I feel like the thickness of AP’s fragrances is due to the many heavy base notes they use in them but that’s my opinion as I am not a professional nose! What I do know is that this one can be worn during the day as well as eve. Halleluiah! The others I own are pretty much eve wear only, which is fine but when scanning my perfume table on a daily basis, part of me sometimes wants to say F*it, I’m wearing this one, which is one of their after 6pm ones only!

What’s starts off as a pronounced jumble of floral and amber dries down to smoother version of the initial and becomes one of those scents that only those closest to you can smell, which makes it all the more sexy. $87/1.7oz, $118/3.3oz @ nordstrom.com.

NARS COSMETICS new Satin Lip Pencils ($26 @ ulta.com, sephora.com) are getting quite the buzz right now so I was dying to try them. They claim rich pigments in a moisturizing formula. They also infuse vitamins to

With the two dark colors lasted about 3 hours on my lips without drying them out and after the 3 hours, I was left with a light stain for another 2 hours, which was nice. Sometimes with these soft formulas, I experience color bleeding but that didn’t happen with these, phew. 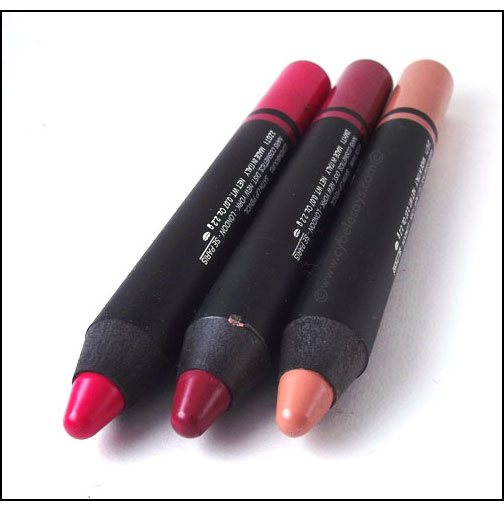 Your Mane Destination is Brushopolis!

A Denmen hair brush is considered by most the Louboutin of the hair brushes and yes it is almost as expensive as a pair! But I recently found a major competitor that will make your wallet quite happy. It’s from the new line BRUSHOPOLIS and is called the Margaux Classic Brush. It has boar’s bristles and nylong quill on a lightweight wood paddle. It feels so good on the scalp and the boars bristles helps distribute the hair’s natural oils down the hair strands. Brushing my hair with this brush feels as good as using a Qtip to clean my ears!

$25.20/Small, $28.35/Medium, $31.50/Large @ brushopolis.com and if as a special offer to readers, if you purchase the Margaux Small and any round brush, Brushopolis will send you a free Prepping Paddle which is this one here. Just enter the code Cybele at checkout.

As you can see from my lack of nail polish posts in the last few months is due to the whole category becoming more MAC-like by the day - too many releases for me to keep up! Plus I just don’t have good nails to do swatching every week (the ones shown in the picture here are these, which I love wearing but they too wreak havoc on my nail after wearing for a few weeks. Le sigh).

But there are some that recently delighted me. While I’m not much of a pastel person, two colors that really jumped out at me from CHINA GLAZE’s  Avant Garden Collection were Snap My Dragon and Fancy Pants. So rich and bold and well, on the normal side of things rather than the texturized and fancy-schmacyness going on in the polish category these days. Don’t get me wrong, I can certainly appreciate nail art and all the different things you can do with it, but it’s just not for my digits. I like my polish straight up!

Wanna see more pictures and swatches? Click after the pic! 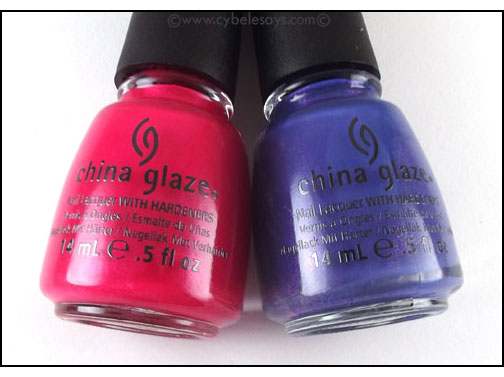