As I mentioned here a few days ago that I just tried a new kind of hair color from L’OREAL PROFESSIONEL called INOA (Innovation No Amonia). It uses an OSD Technology (Oil System Delivery) to open the cuticle in the hair instead of ammonia to color strands. And this system has 13 patents pending! You read right, 13! There are 49 shades available in 8 shade families.

It came out last year and never heard of it until now and I even saw a two-page ad for it in the most recent Allure magazine. So maybe it’s getting another push? Anyway, There are a few salons in LA that carry INOA but only a select few that carry the whole brand and have a station set up seen here. I was invited to try it at the Warren Tricomi salon on Melrose Ave here in Los Angeles a few weeks ago and I have to say I am pretty impressed. 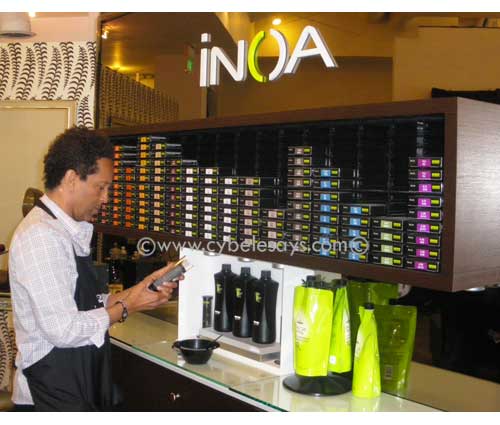 West Coast partner, Mr. Kaz Amor, was my Colorist (he colors Lauren Conrad's hair) and I just put my trust in him when expressed my preference for a copper-ish kind of color. And he let me smell the formula before painting it on and wow, no smell! This totally is something I’m not used to! 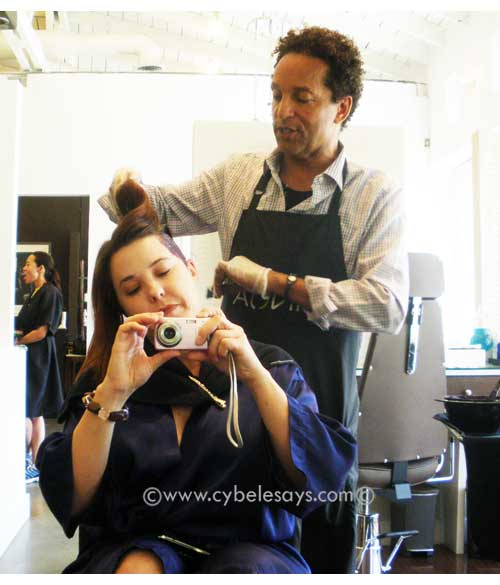 So how is it wearing? It was pretty bright copper when I first left the salon and I did see some of the color wash down the drain after I washed it for the first time but I gotta tell you, what it has settled into is a really nice wearable shade of copper – not too bright and not too subtle. It’s supposed to last as long as those with ammonia and I think it will make it as it's almost been 1 month now.

And here’s an offer for SoCal readers - the first 10 people to call the salon @ 323-651-4545 in the next week get half off of their L'Oreal Professionel INOA treatment with Kaz Amor. The service starts at $146 (for single process) and the half off does not include a blowout.

Not in LA? No worries! Simply go to findinoa.com to pull up salons around you. Let me know if you try it out!

Disclosure: this service was provided free of charge.

It sounds interesting that it is an Ammonia-Free Hair Color. Still I haven’t try it out but whenever I will, I would surely like to share my experience.

Hi LatestGirls! Would love for you to share your thoughts on it, if you try it out!