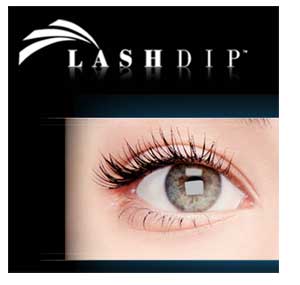 I’ve always been interested in any kind of eyelash innovations. I mean, I have my favorite mascara and I wear it with pride but anything that can make the beauty routine easier, I’m all ears. I was recently invited to try the latest buzz in makeup, LASHDIP. Here are the deets:

What It Is: A semi-permanent professionally applied lash coating that will last from 2 to 6 weeks.

Developed over a two year timeframe and tested extensively throughout the process for safety and efficacy, before launching at Ambra Chicago, LashDip is a safe and effective solution for women who want defined, noticeable, fabulous lashes. You can sweat, shower, and even swim with LashDip! The formula is hypoallergenic and nontoxic.

So how did it go? Click below to see!

My Take: The procedure to have my lashes done couldn't have been easier. I just lay on the small bed Co-Founder Jennifer Harley had set up and she went to work. I should note that before she started, she asked me my eye makeup routine, which is that I wear eye makeup only a few times a week when I’m going out or something and I never sleep with it on.

She used a hot comb to curl my lashes to get the effect of when you use a lash curler and then applied the formula (painted it on from what I could tell) to the top lashes first, then the bottoms. I wore contact lenses for years and am used to poking around my eye area but my eyes did water quite a bit from the tugging and general attention to that area. The overall procedure took a little over 1 hour.

So how did they look? Like I had about three coats of “black-as-frying pans” (Flintstones quote there) mascara on my lashes. They lashes were long and separated! As part of asking me my general eye makeup routine, we decided that defined and medium long was what would work best. She even put in some, what they call, inserts to enhance the volume of the lashes (these cost extra). They looked really nice! I was really impressed and ready to see how they wore.

Before we parted ways, she gave me some products to take home with me: LashSeal (to use every few days), some oil-free makeup remover (you can only use oil-free products in the eye area and thankfully she supplies it and I don't have to go reading the back of every bottle of remover I own!) and a small little fan brush to use with the LashSeal.

As far as after-care, the lashes have to “set” for 24-hours after applying so no anything in that area or it could affect how long they last.

Waking up the next morning I was excited to see how my lashes looked. They were a little clumped together at the ends and I had to use the fan brush to sort them out and the outer corner of the left eye looked bare for some reason, which you can sort of see in the picture to the right (I put a white circle to show what looks like some bare lashes). It's not noticable when the eyes are open but closed, it was obvious to me. I also noticed on the second day that afternoon I had lost quite a few lashes and I know this because part of the lash stuck to the other lashes because they were coated with the LashDip. Might they were just ones I was normally shedding? I google’d to see how many lashes we lose a day and most sites (ask.com, askjeeves.com and others) say 2 to 5 a day. This was about 5 or 6 on each eye. Maybe there were some of the inserts?  Hmmm…

Final Take: I have to admit it took me a few to get used to the fact that I have this semi-permanent mascara on … and I really thought I could get used to it but it was a challenge for me. The pluses were how my lashes looked and then how weightless they felt. It didn't feel like I was wearing any mascara at all! However, taking off all my makeup except my lashes each time was hard and overall I really tried to be more careful in that area so I wouldn't upset the lashes. So did they last the two weeks? Unfortunately no. They lasted about 1 week all said and done.

I think for the right person, this is a good beauty option but I don’t think it is for everyone; especially those  who are not used to maintenance.

The cost for it is about $200 depending on the salon and the inserts can run about an extra $100. To read more about it and locate a salon near you visit lashdip.com.

This service was provided to me gratis.