The big International Makeup Artist and Trade Show (IMATS) was this past weekend and this show just gets bigger and better every year. I mean, I went twice about 6 or 7 years ago and it was just boring and barren but for the last 3 years, it has more hip brands than ever and it always sells out.

So who was there and what did I see and buy? Click below and be prepared for a lot of pictures! 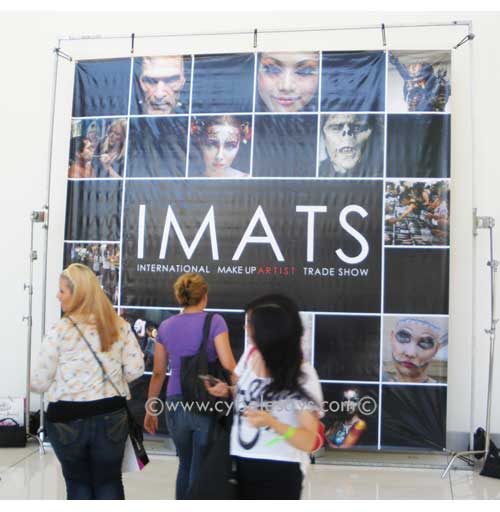 If you’ve read the trade show features here on the site, then you know I’m only after one thing when I attend them, new products! And there were quite a few being rolled out at the show this year. Here are my highlights: 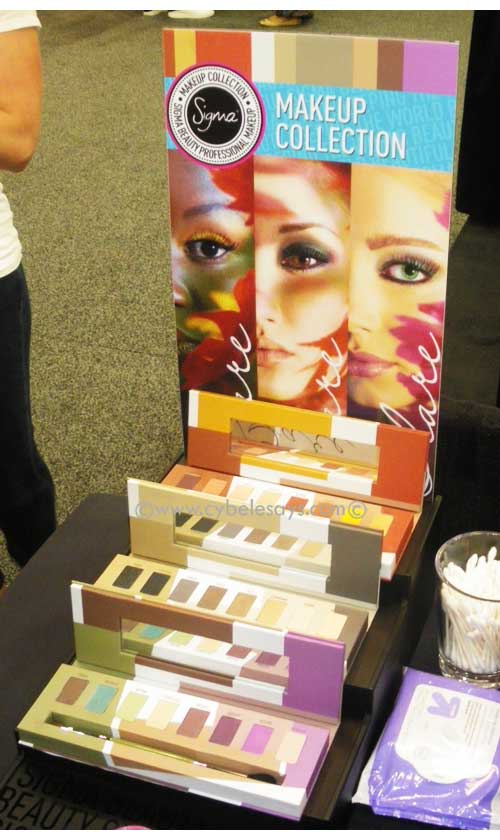 SIGMA is just launching their Dare, Bare, Flare Eye Shadow Palettes for $35 each. I've never tried anything from their line but they did give me a sampler of the palette so looking forward to trying that. 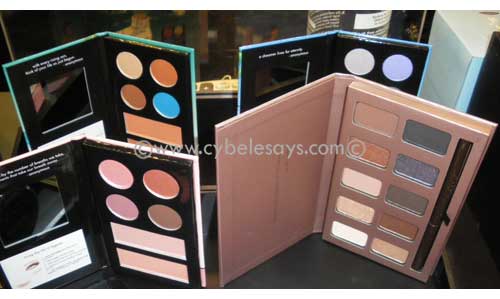 STILA was showcasing their new palettes that are coming out. The ones with four eye shadows and two cheekies are the Beach Palettes and the one on the bottom right in the photo is the Natural Eye Shadow Palette at a bargain of just $39. All of them look promising! This is the HEIDI D. COSMETICS line. Have you ever heard of it? I had not. On Friday eve, I was invited to a sneak peek of the show to see the brands without all the crowd and when I went by this booth, I sprayed the perfume on my wrist and for the rest of the night, I couldn't stop smelling it! I knew it was a must-have so I picked it up for $35 on Saturday when I went back to the show. I couldn't find any info on the scent on her website but hopefully some will be up soon. 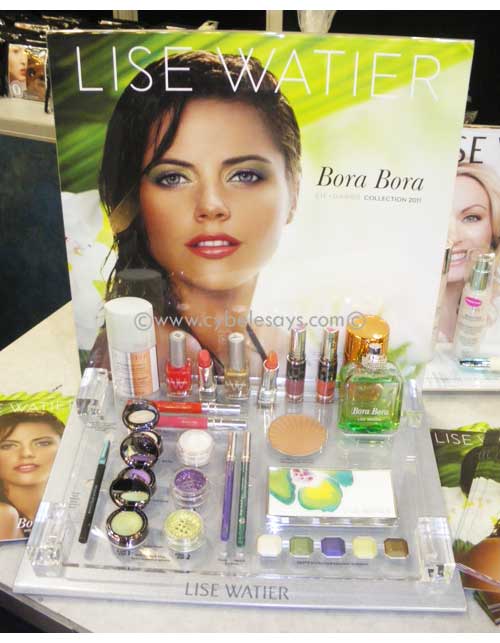 Canadian brand LISE WATIER was showcasing their new Bora Bora Collection and fragrance. What seemed most intriguing were their new Duo Eyeshadows and Glitter in the bottom left of the above picture. Hot colors! 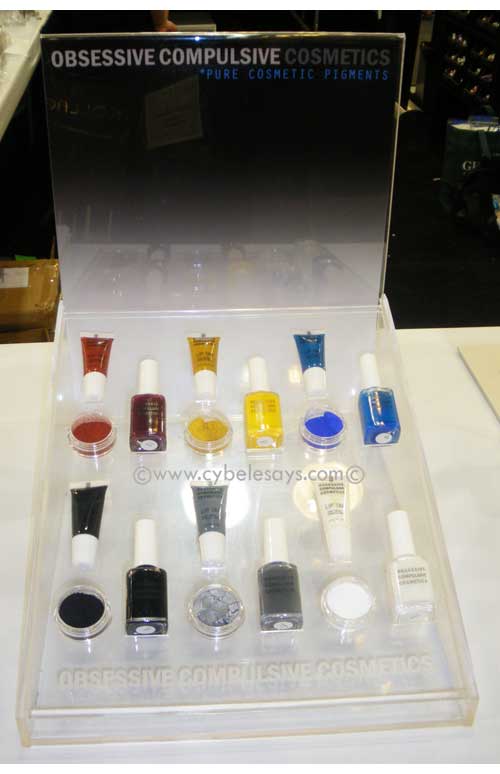 Cult favorite OBSESSIVE COMPULSIVE COSMETICS was rolling out some new Pure Pigments and were showcasing their Tints. 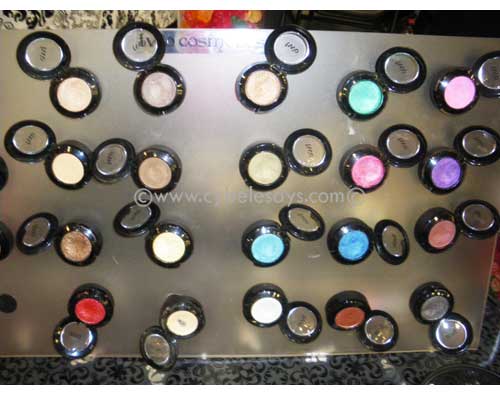 I came across another new brand, TWO COSMETICS. The above is their Shouju Shadows that contain a built-in primer. Never seen that before! I don't think the shadows are new but they were to me.

YOUNGBLOOD was showcasing their new Mineral Illuminating Tint Body and their Lip Gloss in Coral Kiss. So summery! 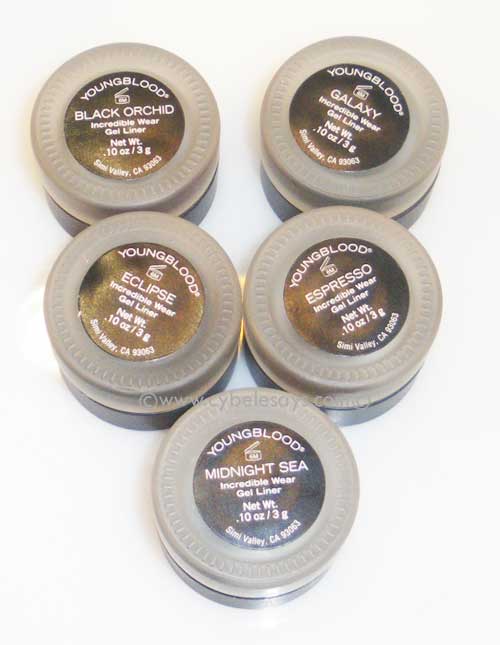 And on July 1st, the brand is jumping into the gel liner category with 5 shades of what they are calling their Incredible Wear Gel Liners.

MAKE UP FOR EVER's Dany Sanz was one of the major highlights at the show and she created the above look and what was hard to pick up by the camera is the amount of glitter she used on her face, skin and shoulders. Stunning!
The brand was showcasing their new Aqua Liners, which are fab, and they are just coming out with a Lip Line Perfector that prevents lipstick bleeding and will be rolling out at Sephora in mid-July. 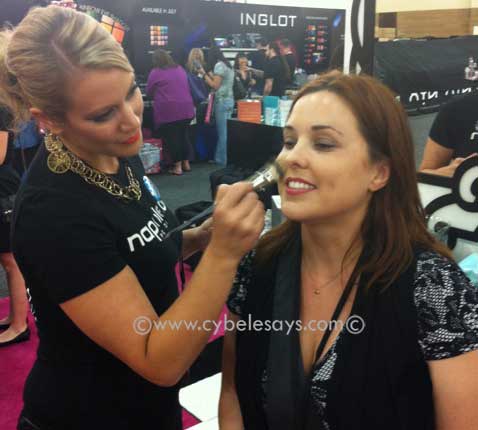 Here is me trying on the new Rock On! Advanced Mineral Makeup SPF 15 and the Mattifying Mineral Primer from NAPOLEON PERDIS. I really like the duo even though it offered a little more coverage than I'm used to. It really lasted throughout the night, which was great.

Overall I had a great time at the show and there was so much to see and learn. I thankfully didn't spend too much money this year. I bought some awesome new makeup brushes @ ROYAL AND LANGNICKEL and some new eye creams and false eyelashes from LA SPLASH. I was going to get some more of the Eye Shadow sticks at NYX but the line was insane. The lines were also outta control long at the MAC Pro booth and, as expected, the MAKE UP FOR EVER booth too.

Other than that, it was a great and fun show!